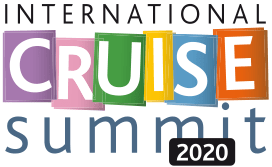 Born in Athens – 3rd generation in a lineage of ship builders – Filippos Venetopoulos graduated from New York University’s Business School with distinctions. Filippos embraced his family’s cruise line heritage while staying faithful to his passion for competitive sports; a testament to his Greek roots. Receiving the finalist title in Greece at the age of 16 for tennis didn’t put an end to his love for team-work and his collaborative spirit, evident throughout his career’s trajectory. Following his valuable work experience as a Junior Financial Analyst at Piraeus Bank in London, he took on the role of Global VP of Sales and Marketing for Variety Cruises, before deciding to spread his wings in Australia at the world’s leading adventure travel organization Intrepid Travel. During his tenure at Intrepid after having successfully launched Peregrine’s adventure cruise product, he quickly rose as the General Manager of all Marine Operations for the group.  During that time through participation in numerous courses and meditation practices, Filippos additionally gained valuable insight into the art of self-improvement and team-building, which carries through his inviting leadership style. The culmination of his experiences led to him taking over the role of the CEO at his family business VARIETY CRUISES in the midst of the pandemic, supporting the organization through the company’s biggest crisis since 1949.

Filippos’ goal is to transform the company in a sustainable 360º community-building experiences at Sea, with fun and authenticity at heart. Launching the first ever cruise back to the Mediterranean with a successful combination of health and safety measures, offering the fleet to the perusal of the United Nations and the Greek Health Ministry, and making headlines for providing a repatriation mission for a stranded crew of 19 back to their homeland in Cuba; are just some of the actions taken by Variety Cruises’ team under the focused leadership of Filippos during the pandemic. The culmination of the above is evident in the formation of VARIETY CARES a non-profit foundation that stands for the organization’s pledge for sustainability and diversity. In a continued effort for transparency and growth Variety Cruises has joined consulting company DELOITTE in developing the foundation for a bright future as the company sails through its 3rd Generation. Filippos has been an advocate for human rights since 2010, is fluent in German, English, and Greek, and his plans for the future involve further narrowing the gap between business growth opportunities and social impact initiatives.

The International Cruise Summit is a registered brand and product of: